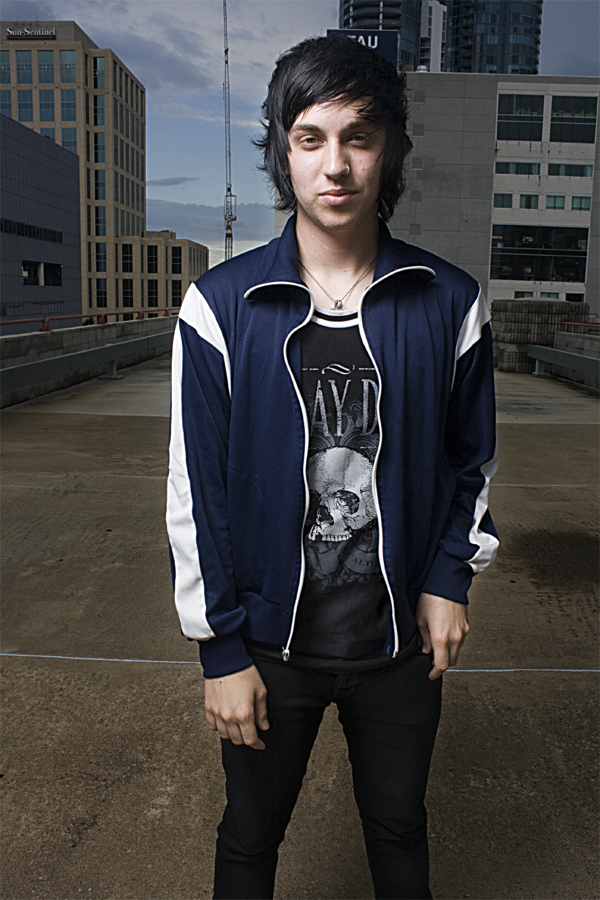 What is the main inspiration for most or all of your songs?

I have inspirations from all ends of the compass.. but I would say mainly the everyday problems, and most of my songs sound like I’m writing about someone else but mainly I write poetic letters to myself and put them to music.

Who is your biggest influence in music and why?

My biggest influence in music has to be Tom Petty hands down.. mainly anything from the 90’s drives me nuts.

What is your favorite aspect of performing?

I like performing to people who I can tell are really paying attention to what I’m saying.. and respect what I’m doing.. and when people get bored it gives me bad vibes and I don’t play to my full potential so I mainly love the response from people and being able to say things and people actually listening.

How important do you think it is for a band to keep in touch with their fans?

The most important thing you can ever do in a band is stay humble and keep good fans close especially the ones that liked you when you stunk.

If you could meet anyone in history, who would it be and why?

I would meet up with Rosa Parks and let her ride shotgun in my car, and say no hard feelings.

Has something a fan ever done blown you away? If so, what was it?

I’ve had alot of fans blow me….

Have there been any shows (with MTM or solo) that have been especially memorable?

There was one show at the Old Rockhouse in St. Louis where I had two awesome fans come out with mat musto shirts with my peaceheart logo specially screen printed and no one else came.. but the only two that did.. came supporting me to the fullest.. I’ve only had about 10-12 fans make me tshirts before but it’s my most favorite thing in the world.

How much has the Internet helped to get your name out?

If you could change one thing about the music industry, what would would it be and why?

I would change the fact that you have to be apart of a clothing stereotype to listen to the music you like.. personally I dress in whatever looks cool to me, button ups, polo’s, vests, shorts whatever.. and I like rap, country, blues, folk, pop punk, metal, hardcore you name it I love it.. and it stinks that I can’t be a country singer because I have long black hair. So I would take the arms of music and fashion and open them up a little. Haha

What do you want your fans to take out of your music?

Whatever will make them feel good and better themselves, honestly.

Be blind or deaf? to be completely honest.. deaf. weird but true.

Always have to say everything on your mind or never speak again? I’ll voice my opinion if it’s asked for, I’m not rude.

Be gossiped about or never talked about at all? GOSSIP BABY FTW!

Not be able to talk or hear for one day? Talk.. it would be nice if everyone shut up for one day and just listened.

Finally, are there any last words that you would like to say to your fans?

I would like to say that I’m recording a BRAND NEW SOLO CD! this month to be exact.. and it has a more mature folk feel, but I have a feeling alot of people will like it more then alot of the music I’ve done.. at least I hope so.. and as far as me and Demi Lovato go.. stop asking about it! Love you!