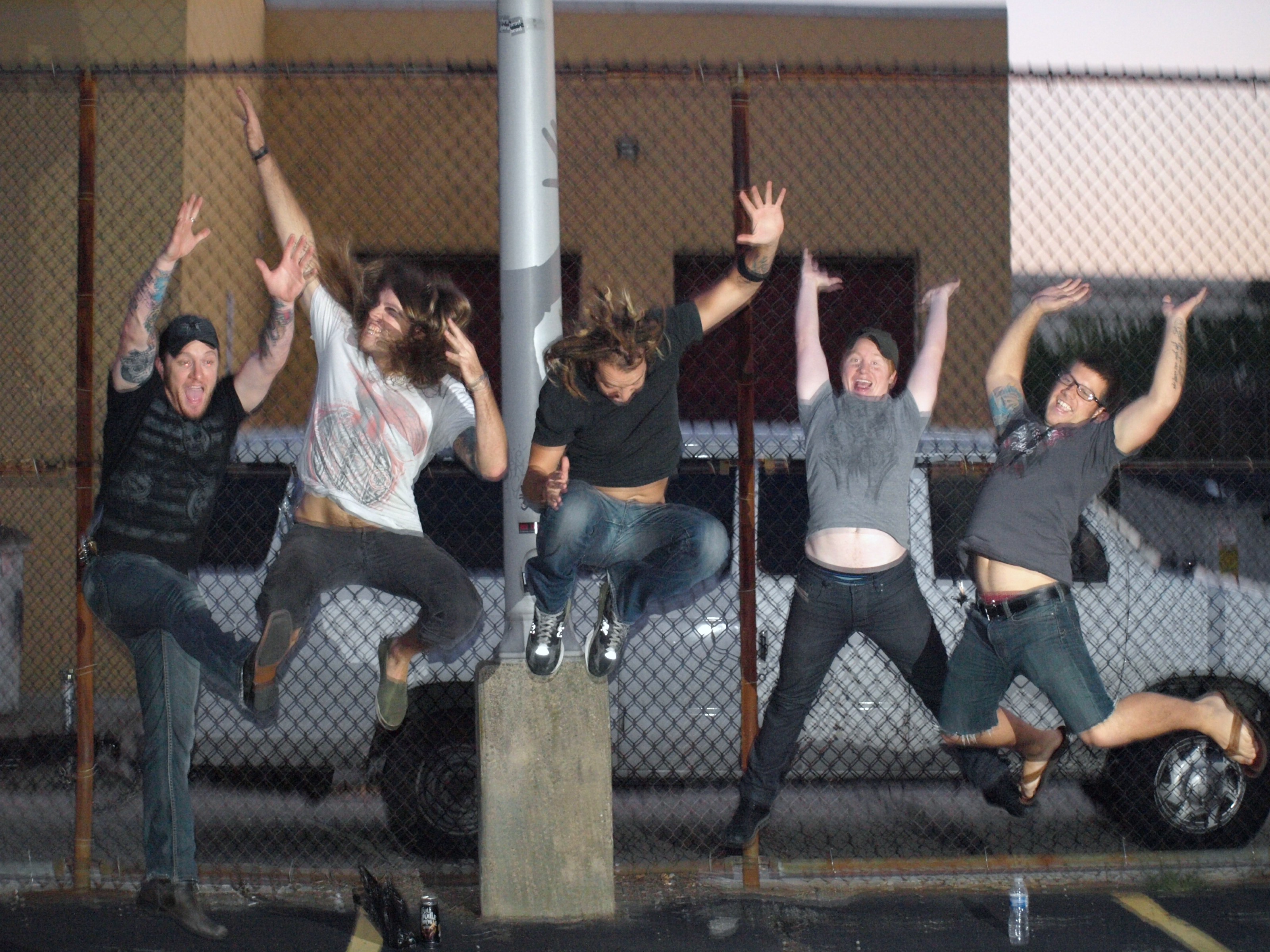 So give us all your names and what you do for the band.

Who or what is your inspiration for writing your music?

Micah: The main inspiration? Uh. It’s probably different for everybody. But I know that we all love playing music and we all wanna influence like…we remember the bands that in our lives influenced us to wanna play music and we wanna be that for somebody else. Like lyrically, I’d say…the stuff I write about is how like God works in my life and everything. It’s just kinda trying to express that. The light and dark sides of that and everything.
What about you guys?

James: Yeah, that’s a pretty for everybody I think [laughs].

What type of music do you consider your work to be?

James: Do you want a serious answer or like a…
Doesn’t matter. Whatever you want [laughs].

James: Dirty Texas rock and roll. That’s what it is.

If you guys weren’t in a band, what would you all probably be doing back home?

Matt: I’d be working as a pharmacy technician.

Shane: In another band.

Micah: A barista, sorry. Well, it made sense. Brew. You brew coffee, right?

Did any of you guys come from a musical family, or was music something that you decided to do on your own?

Matt: My older brother plays drums and piano and sings and stuff, but not really a musical family, haha.

James: Yeah…My parents are both “musicians.” Yeah, they are.

At what age did you realize that you wanted to play music for a living?

Shane: I was seven.

James: Take it away, hopes and dreams!

Matt: Well, I started playing drums when I was twelve. I probably realized that I wanted to play drums for a living when I was, I dunno, maybe eighteen. Outta high school, I kinda figured that out.

Is there any guilty pleasure music while on tour?

Micah: Yeah! We liked Kanye before he turned into a…

Shane: Well I guess he was always kind of a piece of crap.

Micah: Kanye used to be a like, regular in the old van, but…

Shane: Then he messed with Taylor Swift…who we love more. We hate him.

So this is would you rather. Be four foot one, or seven foot nine?

James: Well, I already am four foot one

Matt: Both of us are four foot one, so…

James: I would be…what was the other one?

Shane: Why would you not want to be taller than everyone else?

Be blind or deaf?

Lucas: I’d rather be deaf.

Matt: Is dead an option?
Why not?

Be gossiped about or never talked about at all?

Lucas: Be gossiped about.

Micah: Yeah, there’s no such thing as bad publicity.

James: Wait, personally, or the band?
Either or. Personally.

James: Uhh, personally, not talked about.

Matt: Imagine the stuff that could be said about you though.

Matt: Yeah, I don’t even know.

Micah: People could say so much stuff.

James: “I heard lasers come out of his nose when he blows his nose.” That’s a pretty sweet rumor, I guess.

James: That’d be sick. See through vision though.

James: Get all technical.

Lucas: Why James? Why?

So we have a few fan questions.
Jonathan from Germany wants to know if you guys are planning any tours in Europe any time soon.

Shane: We were in December, but then it got cancelled. Whoops.

Micah: We’re trying to. We wanna go back really bad. Like the time we went over there was a ton of fun.
When was the last time you where there?

James: It was a year ago.

What is your favorite song off the new record?

Matt: “In All Honesty”. It’s the third song.

Lucas: Probably “New Breed,” or “A Banquet for Traitors”.

What is your favorite food from Texas?

Matt: Chicken Express!
I think we have something like that in Jersey.

Shane: We like everything about Oli. We have nothing bad to say about that band.

Matt: Well he puts enough time to it. He blow dries it, straightens it.

Matt: That’s not a bad thing at all, actually.

James: I do that.

Micah: James blow dries it, straightens it, then puts a hat on.

What is the message in your latest music video?

Micah: In “Son of the Morning”?
Yeah.

Micah: Well, it’s meant to be a sequel, but the next one’s going to come out. And the whole song, “Son of the Morning” is basically a challenge from Satan to God. I guess if you took it out of context and that whole song would be Satan saying that he’s gunna like rise up and then the next one is going to be God’s like reply to it.
Which song is it?

Micah: The next one’s “The Finisher.”

So that’s it. Thank you guys so much.