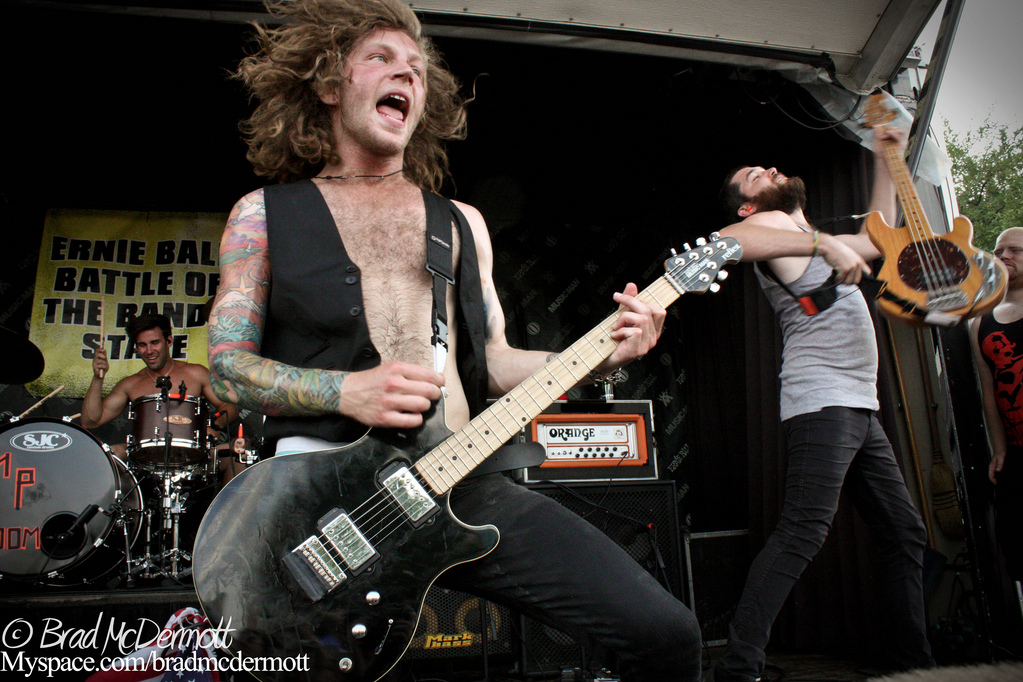 Interview with Brooks of Mayday Parade

How has Warped Tour been for you guys so far?

So far it’s been really good. A lot of shows so far and they’ve all been great. We’re about half-way through right now.

I dunno. I like good rooms, you know. If it’s a good stage and you can get a good amount of people in there, I enjoy playing. The festival thing is cool and I think you make a lot of new fans, but when you’re doing club shows, everything sounds great, you’ve got a closed in room, the sound doesn’t just go wherever.

House of Blues is really cool. There’s one in Boston that just opened up and I want to say that it has and 1,800 cap, but it might be bigger than that. We did that on the AP Tour with The Academy Is… They always have great sound in those venues.
It’s hard to say for worst. There’s a big difference, playing a room like that to tiny little show halls. I like the promoter down there in Louisville, but we went to this one place called the Bulldog Café in Louisville, Kentucky and that was a pretty weird show. Like you got there, and half the PA was working, and it was just hot as hell. We were headlining the show, which makes no sense why we played at that venue and why they didn’t move it to the bigger one, because it sold out a week in advance. The sound guy, while we were about to go on, went to Dairy Queen. I don’t know. Not too professional.

What is the most embarrassing song that you have on your MP3 player?

I have the whole Usher “My Way” album. I really like that album a lot. As far as stuff that I like go, I have a lot worse.

What are the best gift you have ever gotten from a fan?

We got these really cool picture frames that these girls did, just showing us how much they liked our band. We have them hanging in our practice space.

Strangest thing a fan has done to get your attention.

Some pretty obscene gestures in the front row. That’s probably it.

Just thank you for everything and we really appreciate the support. You guys make it happen for us. Keep coming to Warped Tour and support.