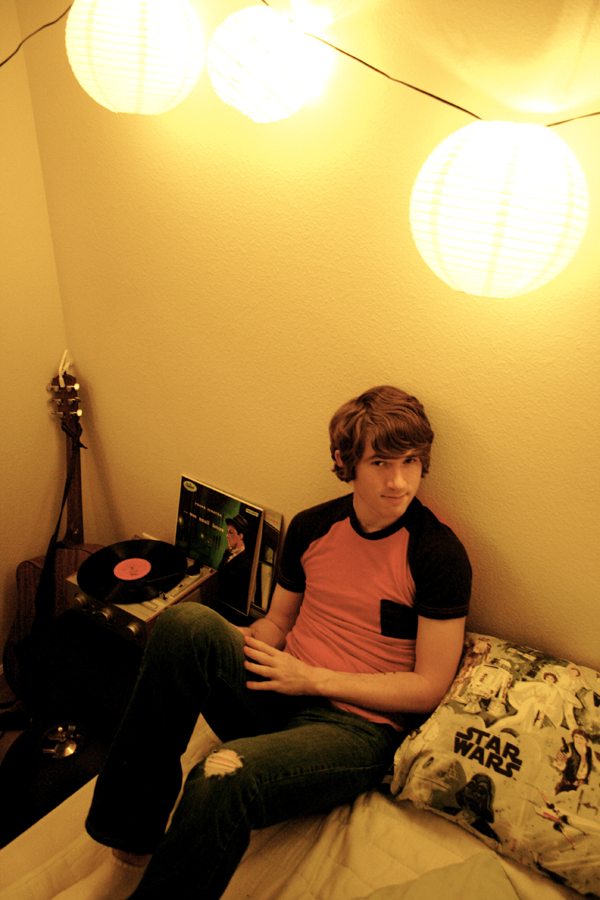 Stick in your headphones, folk junkies– Backseat Goodbye is a guy with music as hot as his stage name. And if you aren’t into folk, you may still be able to appreciate his sweet and simple lyrics and stuck-in-your-head tunes.

Chad Sugg is the true name behind this pop-folk act, and although the 24-year-old Tennessee native is not a big name, two of his albums have hit iTunes’ top 50 among folk albums in the past as well as the single “Technicolor Eyes” nabbing a spot among the top 50 folk songs. Success has only grown, and sweetly so, with Backseat Goodbye’s EP, The Wonder, making it’s way to the #40 spot on iTunes’ Top 100 Alternative Albums chart

Putting downloads and ratings aside, Sugg really seems to have potential towards being a name in folk. Not exactly something you’d expect when looking at this “east coast kid with a west coast way” and his side swept golden hair and lip ring. After weeks of Alex hounding me to listen to this kid’s stuff, I finally gave in and was promptly confused. Alex isn’t into folk music much. Neither am I. Consider us converts.

Confusion was followed by pleasant surprise. Sugg sounds like Bright Eyes meets Jack Johnson growing up on The Beatles and Goo Goo Dolls with a hint of Jimmy Eat World. His eastern existence is evident, but a west coast, beach-lovin’, sun-soakin’, simply chillin’ vibe reverberates through the sound waves. A first listen is a pleasant break from all the ear-and-mind-blowing techno and shattering screams that we usually listen to. Subsequent listens are a must; this kind of music is best enjoyed when you know the lyrics and can sign along like a corny feel-good romance movie.

In other words, next time you’re out for a drive this is your best soundtrack. Sugg’s voice can help you start (and maybe end) your night with a Backseat Goodbye.