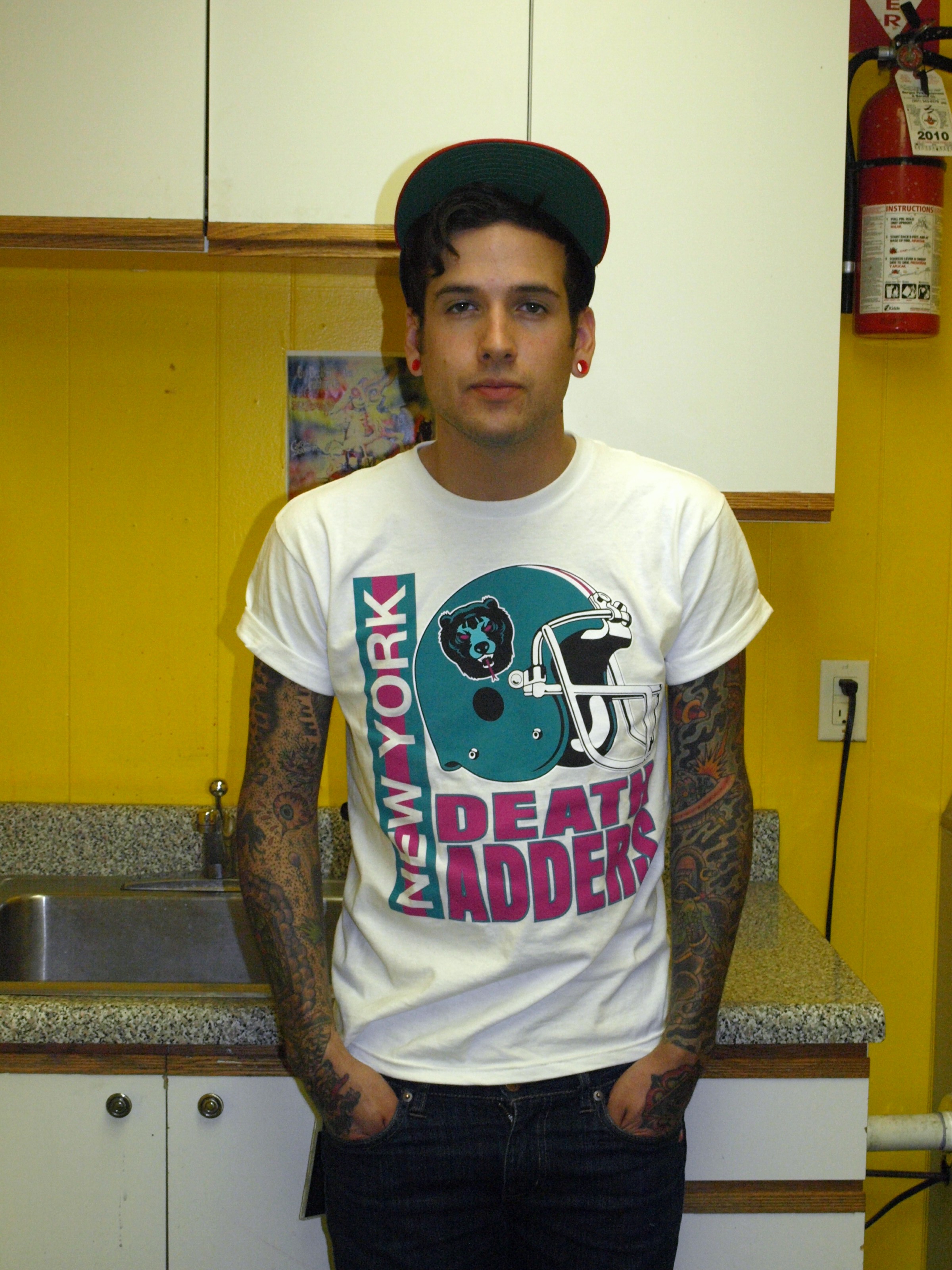 Interview with The Secret Handshake

How would you say this album is different from My Name Up in Lights? How do you think you’ve evolved as a musician since it came out in 2009?

The new record is a soul record, so it’s really Motown and soul and sort of inspired by that. It’s totally different. The other records are very electronic and synth-y.

You have a pretty fast turn-around rate as compared with other artists, with One Full Year in late 2007, My Name Up in Lights coming out in mid 2009, and then Night & Day coming out this summer. Can we expect yet another album within the next year or so?

Are you working on some new songs?

Not until like two days ago. I did a new Secret Handshake thing, but I don’t know what it’s going to be, style-wise.

What made you decide to make the album half and half? Old Secret Handshake mixed with the new.

The record’s called Night & Day, and the stuff that’s on the actual physical record is all the sort of Motown/soul stuff. And the idea, I was sitting there saying like “Man, I don’t really think people are going to get this.” And that was fine, I was prepared to, in a sense, die for my art, you know what I mean? I wanted to still have something to please the old fans and that is what the Night version was about. I honestly sort of regret it a little bit, like I should have just done it the Motown way.

It was all just remixes, right?

Do you want more music like this or take another turn?

I’m not really sure. Like I never know. I try to do what’s fun and inspiring. There’s a lot of bands that do the same thing over and over, and that’s cool and awesome if there’s a scene for it and there’s people that want to hear that, but I want to keep reaching out. I’ve never taken myself so seriously. I’m just here to fuck around and have fun and if I get to make music, then that’s what I want to do.

Which is the best in your opinion – small clubs or large festivals?

Definitely enjoy clubs. This [School of Rock] is actually a pretty big club. I definitely like the clubs though.

It’s more of an opportunity to connect with more people.

Yeah, of course. 100%. It’s easier just to play where you can just sort of feel what you’re doing.

What are the best and worst or weirdest gifts from fans?

I don’t know if I’ve gotten any weird ones. But once, someone gave me a $100 gift card to Chipotle or Chiles, or something. It’s not like I love Chiles or anything, but it was cool. I was like “wow, this is so crazy.” It doesn’t hurt having $100, like why not?

What is the strangest thing a fan has ever done for your attention?

I have such a terrible memory when it comes to that sort of thing. I don’t think I’ve ever had any sort of weird occurrences like that. I think I’m pretty accessible, so I don’t really feel like people have to try to get my attention. Like no one gives a shit.

What are your favorite and least favorite areas to play in? Venue-wise and city.

I definitely like playing the southeast. Florida, the Carolinas, Virginia. Stuff like that. We do really well in that part of the country. I’m from Dallas, so I like playing there. In North Carolina, there’s a venue called the Brewery, and we love that a lot.

Starland Ballroom is my least favorite venue, but they always bring in a great crowd. I saw you there last year.

Yeah, it’s funny, the venue doesn’t like us. When you do a venue, the bigger ones like to take merch rates. Like a percentage of whatever you make they collect at the end of the night. It’s almost like a tax on what you sell. The last time, we skipped out on that. They were so mad. It was pretty funny.

Are there any pre-show rituals that you do every night?

No, not at all. I think I used to try to warm up, but lately, I just don’t. Just try to be casual about it.

What has been your worst show experience? Either playing a show, or just being at one.

We were doing a show in Texas, and lighting hit the venue. The whole venue’s power went out and they couldn’t get it back on, so that was pretty shitty. There were like 3 or 400 people in that room, so we thought the show would be cancelled, but it ended up being really good because we ended up playing acoustic, with just piano. It was an awesome show. I really enjoyed it.

No. I’m okay, ha. I appreciate it. Good questions. Thank you!