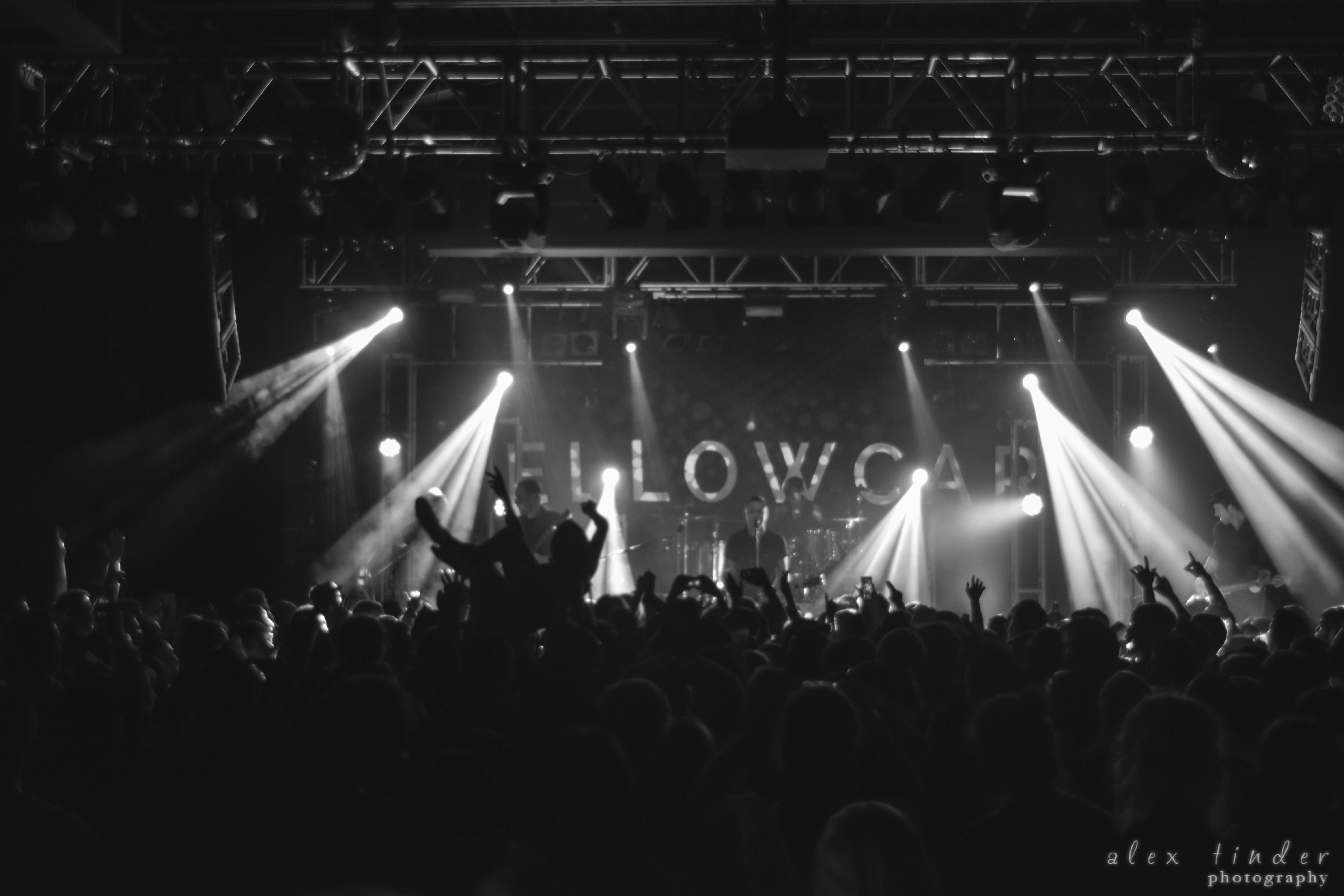 On All Hallows’ Eve, Make Waves headed down to the Starland Ballroom in Sayreville to catch unlikely pairing, Emarosa, Memphis May Fire, and Yellowcard.

I unfortunately missed the first half of Emarosa’s set, so none of my own photos from that. Instead, you’ll have to enjoy their skeletonized set courtesy of Jenn Curtis. One thing I can say about their set is that Bradley seems to be adjusting well into this new role. We spoke to him later on at merch and he said that now that they have a new album out that he was a part of and that they’re touring on, it finally feels like his band. They’re definitely a band I want to work with in the future because from what I saw, they put on a great show and all seem like great guys. We caught up with them after the show backstage, and they were still trying to scrub the white paint out of their beards. One of them was getting so frustrated and asked, “Is this how Motionless In White feels every day?”

During Memphis’ set, all I could think about is how much vocalist Matty Mullins looked like Bert McCraken from The Used due to his pirate costume and makeup. “Do you guys want to be my choir tonight? I wore a pirate costume for goodness gracious.” Between the pirate, the ear of corn, Cory Elder, and the various morph suits, filled by Kellen McGregor, Jake Garland, and Anthony Sepe, there was a lot to take in. Though I really can’t name a single song of theirs, I had a great time taking pictures and watching their set.

Next was Yellowcard, finally.  I am very thankful that their label sent me their latest album early, because the majority of the songs they performed were from Lift A Sail and it took me that long to learn them all. Not that I knew much else, admittedly, but I have seen them several times at Warped, so it was nice knowing more than Ocean Avenue. “This record comes from a place where we don’t elevate our problems above yours. We all go through this shit. We all have to survive. We all have to get through this. We just make songs and records about ours and we hope that you guys can get something out of it.”

The friendship between Memphis and Yellowcard was apparent throughout the entire show, even as both bands acknowledged their different fanbases and genres. I was somewhat skeptical when this tour was announced, but I was happily surprised with how well the two bands meshed together. “We were on Warped Tour in 2012 and we saw this band play that we had never seen before and we instantly became fans and luckily friends. That band is called Memphis May Fire…someone came up with this crazy idea that we play some shows together.”

At one point during the show, there was a slew of crowdsurfers, but they seemed to gravitate towards stage right, all reaching towards Sean when they were caught by security. Throughout the hour+ set, the crowd did not relent and continued to go full out until the set closers Ocean Avenue and California.

After the show, Sean was telling us an amusing, yet disturbing story about a Scooby Doo crowd surfing at the end of Yellowcard’s set. I won’t go into details because it’s slightly graphic and embarrassing for those involved, so I’ll let you all to your imaginations.